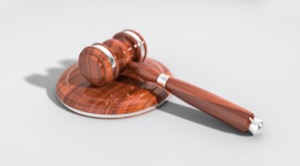 In Kentucky, an insurance company is not the only party that can be sued for its involvement in insurance bad faith. In fact, insurance adjusters can also be sued for their liability in practicing insurance bad faith. Two Kentucky circuit courts have refused to dismiss allegations made against insurance adjusters. The defendants in both cases attempted to rely on Davidson v. American Freightways, Inc., 25 S.W.3d 94 (Ky. 2000), to have the claims against the adjusters dismissed. However, Judge Daugherty of Jessamine Circuit Court’s Division I ruled that “claims adjusters fall under the category of agents engaged in the business of insurance” so the claims against the adjuster were proper. See Marsh, et al. v. Starns, et al., Civil Action No. 17-CI-00042 (Jessamine Cir. Ct., Mar. 27, 2017). Fayette Circuit Court also previously refused to dismiss claims against an insurance adjuster.