A federal court in Pennsylvania recently certified a class of Plaintiffs under Defendant Aetna Life Insurance Co.’s disability benefits plan (“Plan”). The Plaintiffs alleged that the Defendants forced beneficiaries who had received payments for personal injury claims to send the payments back to the company in violation of ERISA.

The named Plaintiff, Joanne Wolff, first filed suit against Aetna in 2019 when the company asked for the repayment of over $50,000 in long-term disability benefits stemming from a temporary disability suffered by the Plaintiff after a car wreck. At the time of the request, Wolff told the Defendants that her employer, Bank of America, did not allow reimbursement, and negotiations ended in an agreement that that Wolff would pay $30,000 despite this fact.

This did not end the dispute, however, and Wolff along with an at least 48-member class now allege that Aetna violated ERISA when it required reimbursement payments of long-term personal injury disability payments. Aetna responded that class certification would be inappropriate, as the proposed class did not meet the specifications required for certification under the Federal Rules of Civil Procedure.  Mainly, the Defendants argued that some of the members of the proposed class should be disqualified, thus the number of participants in the class did not meet the numerosity requirement. It argued that since some of the members of the class were from different companies, there was not sufficient typicality to fulfill the requirements under the Civil Rules and members under other employers should be disqualified, reducing the class number to 28. Aetna also argued that timing issues barred several more participants under the relevant statutes of limitations.

END_OF_DOCUMENT_TOKEN_TO_BE_REPLACED 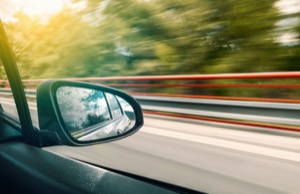 The accident attorneys at Mehr, Fairbanks & Peterson frequently represent people who have been injured in accidents. Car wrecks, medical mishaps, and falls can frequently devastate a family. In those circumstances, the injured party has a right to sue the negligent person or company. The injured party can recover medical expenses, lost wages, damage to future earning capacity, and pain and suffering damages.

Below are some frequently asked questions regarding accidents. If you have further questions or you’ve recently been injured in an accident, contact one of our experienced personal injury attorneys for a free consultation today.