We Fight Passionately to Get Our Clients Every Dime They Deserve
Contact Us NowFor a Free Consultation
Home
Attorney Profiles
Philip G. Fairbanks 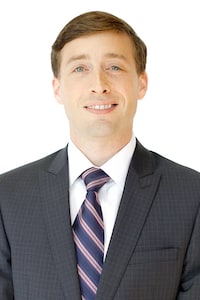 Phil has given continuing legal education lectures on the topic of insurance bad faith and has contributed to continuing education materials specific to insurance.

Contact Us
Practice Areas
Client Reviews
★★★★★
“Bartley is working on my case every one I have talked to is extremely nice he sends emails or mails something keeping me up dated when you talk to him he explains it to where you can understand I'm very satisfied with what he has done and what he is doing for me would advise anyone to contact him for your needs” S. A.
★★★★★
"With everything to lose I laid my vulnerability in the hands of Bartley Hagerman. I cannot put into words the hard work, dedication, and compassion that I was shown. Bartley was able to help me when the odds were stacked against me. I am beyond grateful!" C. W.
★★★★★
"When my long term disability case got canceled, I didn’t know what to do or who to turn to. Luckily someone I knew recommended Mehr, Fairbanks & Peterson. I met up with Mr. Bartley Hagerman and not only did he take my case, he got my long term disability reinstated. He keeps you updated and works hard for you! Highly recommend Mr. Bartley Hagerman at Mehr, Fairbanks & Peterson!" D. C.
View More
Submit a Law Firm Client Review