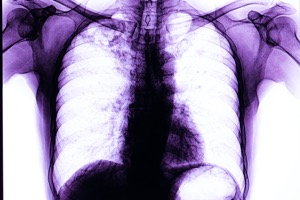 There are many different types of chronic lung disease that vary in severity, be that as it may, one thing is certain: the number of individuals impacted by lung disease is rapidly increasing in the United States. An early analysis can help begin treatment and keep the disease from advancing rapidly.

When you breathe, your lungs intake oxygen from the air and distribute it to the bloodstream. Your body needs oxygen for your cells to work and grow. On a normal day, an average person breathes nearly 25,000 times. Many with chronic lung disease have difficulty breathing. If all types of lung disease were lumped together, it would be the third leading killer in the United States.

The term “lung diseases” is ultimately an umbrella term used to cover different disorders affecting the lunch, asthma, COPD, infections such as influenza and pneumonia, and other various lung complications. If you have recently been diagnosed with a lung disease and are unable to work for extended periods of time, due to your condition – contact us today to see if you have a claim for long term disability benefits. Receiving benefits for lung diseases is never an easy task, as claims are frequently wrongfully denied by insurance companies. Call Mehr, Fairbanks & Peterson at 800-249-3731 today to receive a free consultation.