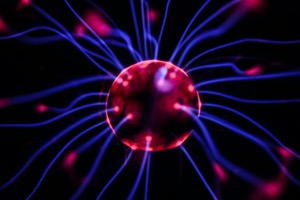 Cerebral Atrophy Disability is the gradual, progressive loss of brain cells. Atrophy is a trait that is typical of certain diseases that affect the brain. “Atrophy” means the wasting away, or the decrease in mass, of a part of the body. When brain tissue atrophies, or shrinks, there is loss of neurons and connections between the neurons. Cerebral atrophy can occur throughout the entire brain or in one select region of the brain.

The progressive wasting away of brain cells generally leads to the loss of neurological function. Commonly associated with dementia and Alzheimer’s, cerebral atrophy can be caused by many medical conditions that act to destroy brain tissue.

While the condition itself may not be a recognized “impairment” in some medical listings, many of the causes of cerebral atrophy – such as Lou Gehrig’s disease (ALS), Parkinson’s and Huntington’s disease – are.

Different medical conditions can result in atrophy of the brain, including:

What Characteristics of Cerebral Atrophy Disable a Person from Working?

The effects of cerebral atrophy can be devastating to a person’s ability to earn a living. Symptoms depend on the extent of damage and the regions of the brain that are affected. Below is a list of common symptoms of brain tissue atrophy that may prevent you from performing the work you used to do:

Brain atrophy is recognized as a disabling condition by many long-term disability insurance policies. Still, insurers use various tactics to deny or limit disability benefits. Insurance carriers often try to pigeonhole cerebral atrophy disability claims into the category of “mental disorder.” The reason for this is that benefits for mental or nervous disorders are payable only for a short term of 12 to 24 months.

So, even though your condition is a physical disorder of the brain, the insurer wants to categorize it as a mental or nervous condition so they only have to pay benefits for a short term. We are aware of every possible legal and technical maneuver the insurance provider will try to deny a legitimate claim for this medical condition. We will respond to each with clear evidence.

Moreover, it is often the case that secondary physical disorders accompany the underlying brain atrophy, which we will use to strengthen your case.

Do you have individual or group disability claim questions?

If you have filed or are preparing to file an individual or long-term disability insurance claim – or if your benefits have been wrongfully delayed or denied – Mehr, Fairbanks & Peterson Trial Lawyers can help you retain your rights and benefits today by calling toll-free: 800-249-3731.