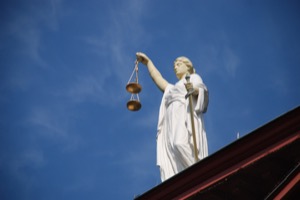 The cases below, while all turning a year older this week, are still relied upon to defend insured members whose claims are handled unfairly by their insurance companies.

State Farm Mut. Auto. Ins. Co. v. Reeder, 763 S.W.2d 116 (Ky. 1988). Twenty-one years ago this month, the Kentucky Supreme Court dramatically leveled the playing field against insurance companies by their decision in this case. In this case, Reeder lived next door to the Hamptons, whose teenage son accidentally drove his car into the support for Reeder’s car port, which then collapsed. Reeder estimated the damages were $13,000, but Hampton’s insurance carrier, State Farm, refused to pay. Reeder, unsatisfied with State Farm’s offer, sued them to collect the full amount, for his attorneys’ fees and for punitive damages for violating the Unfair Claims Settlement Practices Act law.

Stevens v. Motorists Mut. Ins. Co., 759 S.W.2d 819 (Ky. 1988). Twenty-one years ago this month, the Kentucky Supreme Court also expanded remedies for people faulted by insurance companies. They held that the Consumer Protection Act provides a remedy against a person’s own insurance company whenever the insurance company commits an “unfair, false, misleading or deceptive act or practice in the conduct of their commerce.” This provides an additional arrow in the quiver of rights consumers have against insurance companies who can, if they want to be unfair, withhold money and stall claim payments while individuals are faced with financial ruin. The Court in Kentucky said this is not right and if it happens, a grieved person can sue the insurance company for damages for being unfair, false or misleading.

Riggs v. Schroering, 822 S.W.2d 414 (Ky. 1991). Twenty-eight years ago this month the Supreme Court found that in a bad faith case, the underlying Plaintiff’s file materials could be forced to be produced to the insurance company. Presumably this would go both ways in that the attorneys’ notes and confidential communications lose their privileged status when a bad faith suit is filed. The court found that the requested documents were a reasonable accommodation of the attorney-client privilege.

Healthwise of Ky. v. Anglin, 956 S.W.2d 213 (Ky. 1997). In 1991, Anglin was seriously injured when he was drag racing his car at a high rate speed. He was hospitalized and apparently had a blood alcohol level of 0.21. His health insurance company, Healthwise Insurance, refused to pay any expenses because they had a very vaguely worded exclusion that said it would not have to pay for losses if someone was participating in a riot, civil disturbance or while committing or attempting to commit a crime or injuries sustained while under the influence of alcohol or illegal use of drugs. The Court found these terms to be ambiguous and unenforceable in a health insurance contract. The term “intoxication” was never adjudicated thus the exclusion would not apply.

Ky. Farm Bureau Mut. Ins. Co. v. Troxell, 959 S.W.2d 82 (Ky. 1997). Twenty-two years ago this month, the Kentucky Supreme Court decided a case against Kentucky Farm Bureau, where Mr. Troxell had been injured as a pedestrian when he was struck by an uninsured motor vehicle. He submitted his medical bills and Kentucky Farm Bureau paid him only $500 for his personal injury claim and then later refused to pay his lost wages claim. The jury awarded $775,000 against Kentucky Farm Bureau, relying on company manuals that had been used to train Kentucky Farm Bureau adjusters and the fact that the adjuster, Ken Conn, had engaged in this type of unlawful claims handling behavior in the past. The Court felt it was okay to show the jury the training manuals and the fact that the adjuster had engaged in this conduct previously.

Frear v. PTA Indus., Nos. 1999-SC-0642-D , 1995-CA-1149, 2000 Ky. LEXIS 161 (Nov. 15, 2000). Twenty-nine years ago this month, the Court held that when a case is settled, it does not mean the party receiving money agrees to indemnify the released party from any and all claims. It only means they have to release the payor from all claims. Notably, when the insurance company here refused to pay, they were sued for bad faith and that was reinstated by the Appeals Court.

If you believe you have a claim for bad faith insurance or you feel that your insurance claim has been wrongfully denied, contact the experienced insurance claim lawyers and insurance attorneys at Mehr, Fairbanks & Peterson Trial Lawyers at (800) 249-3731 to secure a free consultation about your rights and benefits.