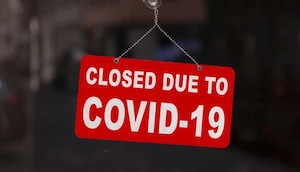 Though the COVID-19 pandemic may now be the new normal to many of us, courts are continuing to address new questions stemming from ongoing issues related to the pandemic. As businesses struggled to remain unharmed by the pandemic and protect their employees from illness, some insurers have made the task even more difficult through denials of coverage relating to COVID. A Federal Court in Virginia recently dealt with one such issue in Carilion Clinic v. American Guarantee and Liability Insurance Company.

The Plaintiff in this case, Carilion Clinic, brought suit against their insurer alleging damages for the insurer’s denial of coverage under the Plaintiff’s $1.3 billion property damage and business interruption policy, for which they paid approximately $1 million in premiums. The insurer failed to honor the terms of the policy and provide coverage after more than 10% of the Plaintiff’s employees became ill with COVID. The Plaintiffs alleged that this failure manifested in two ways, first that the insurer failed to provide coverage for property damage sustained through the spread of COVID on company property, and second for denial of coverage relating to business interruption.

Though many courts have held that damages related to COVID do not require coverage, the Court in this case stepped away from that line of thought and stated that the Plaintiff’s claims relating to business interruption warranted extended discovery, as the filing deadline resulted in a hasty discovery process and issues relating to business interruption had not been fully presented to the Court.

Another case relating to COVID coverage concerns a group of 60 Washington state colleges and universities filing suit against their insurers for denials of coverage relating to loss of revenue due to the pandemic. The institutions involved in the suit all belong to the Educational & Institutional Insurance Administrators; the Administration purchases coverage for the educational institutions from various providers. The colleges and universities then each pay premiums and make claims separately. Given the nature of the varying providers and locations, some of the insurers moved to dismiss the case in Washington on the basis that the forum was inconvenient, but each motion has been rejected, and the Court ultimately decided that the case will continue in Washington.

A federal judge in the Eastern District of Virginia recently decided in favor of State Farm policyholders, granting a class certification for a group of over 100 businesses. The named Plaintiff in the case, Elegant Massage LLC, is leading the charge, asserting that the insurance company wrongfully denied claims under their all-risk policies. The occurrence leading to the denied claims concerns closures during the beginning of the pandemic, at which time Elegant Massage was made to close by an executive order from Virginia’s governor. State Farm denied their claims for business losses, stating that they were not required to provide coverage because there had been no civil order forcing the business to close. Further, State Farm stated that they would not provide coverage when no actual property damage had occurred. However, it was decided that the case would proceed, as the Plaintiffs had proven that the “virus exclusion” to the policy did not apply, and the business had a claim to coverage based on their losses due to the pandemic.

Attorneys are continuing to fight for policyholders’ rights to coverage related to losses sustained through COVID. The process of ensuring that policyholders receive the coverage to which they are entitled under claims related to COVID is ongoing, though courts may be beginning to view the policyholder’s grievances in a more favorable light than in past cases.